overview of the scalpel – Surgical Instruments 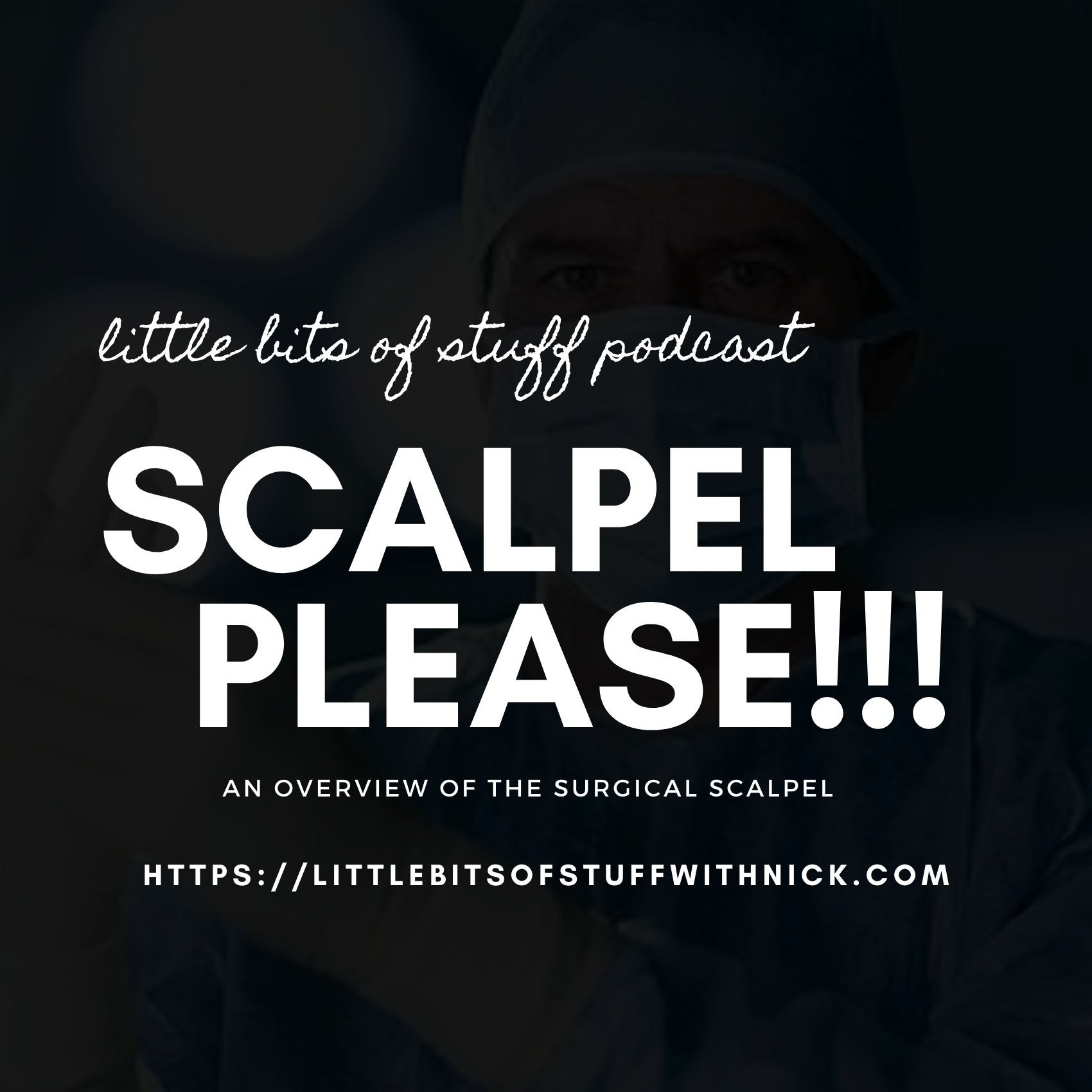 One of the oldest surgical instruments used even today is a Scalpel (Surgical Blade with a Bard Parker Handle). Long before using metals in manufacturing, parts from various flora and fauna were used in making incisions during surgeries.

From time immemorial, several tools have been used in place of the surgical blade to include:

The first recorded circumcision was carried out around 800 B.C using stones such as flint and jade, whose edges have been modified sharp. In 3000 B.C Obsidian knives were found in a turkish settlement which history suggests were used as a surgical instrument in brain surgeries.

In 400 BC, Hippocrates described the first scalpel in surgical use as a “Macairion”. This word is derived from “machaira”, a Lacedaemonian sword from the time. Roman medicine followed in the footsteps of Hippocrates, and they were particularly proficient in making cutting surgical instruments around 260B. The similar surgical instrument was named as “Scallepellus” by the Romans which was modified into the present-day word that we use as a “Scalpel”.

For a long time after, surgical knives with one straight edge and the other a sharp, cutting blade were used. Surgical instruments were manufactured by cutlery houses, and with poor hygiene conditions, the same knife would be used repeatedly.

The concept of Asepsis and sterilization led to more changes in the material and structure of the scalpel. The modern surgical scalpel with a disposable blade was inspired by King Gillette’s invention of the safety razor in 1904. Morgan Parker patented the two-piece scalpel with a handle and removal blade in 1915, which provided stability whilst still being able to exchange blades between uses. Scalpel blades were most often exchanged with fingers, or other surgical tools such as forceps.

Scalpel handles are known as “B.P handles”, after Morgan Parker and his business partner Charles Russel Bard. They were the founder of the Bard-Parker Company, which developed a cold sterilization method to prevent the dulling of blades that occurred during heat sterilization.

Most surgical scalpels were made of nickel or chromium-plated carbon steel until around 70 years ago. Stainless steel took over, as it was a “harder” surgical instrument material which was resistant to corrosion.

Modern evolution has polymer, chromium and diamond coating to improve the sharpness of the blade.

Today, surgeons are still using the 2-piece surgical scalpel. There are over 30 varieties of scalpel blades used, and the B.P handle also comes in various sizes. There have been various “safety scalpels” which have been introduced in the past two decades, though surgeons report that they still prefer the stainless steel traditional surgical scalpel.

There are various types of blades with different sizes and shapes which are labelled with numbers depending on the surgeries to be done and location of an incision.

Each of them has a compatible BP Handles. BP Handles are also numbered based on their size. Let’s quickly talk about them:

Now the blades as a surgical instrument

The anatomy of the surgical blade –

Blade #20, 21 – This is like Blade #10 but larger in size Used for cutting soft tissues and covering large distance during initial skin incision.

The scalpel as said before is used in making the incisions, one of the first and the essential instruments used in the Operation Theater. It can be held in different ways based on the type of incision needed.

Pencil Grip – Here it is held as a pencil which is used in making small, precision cuts where handle lies over the palm. In this position movement is given from the fingers to make fine cuts.

Finger-Tip Grip – A modification of Palmar grip where the scalpel is held with the fingertips and the handle lies under the palm. Here more length of blade lies in contact with the skin hence used in making long incisions, usually the on the skin.

Stab Grip – A modification of Pencil grip where the scalpel is held at a 90o angle to the skin surface. This position help in allowing maximum control over penetration into the surface. It is used while making ports for laparoscopic surgeries.

Listen to the podcast for this blog post here